Although small privacy breaches affecting less than 500 patients per incident are not usually broadcast as widely as large scale cyberattacks, they can be just as detrimental to healthcare organizations. These small breaches can be as simple as a patient’s protected health information (PHI) mistakenly going to the wrong person.

The financial impact of small breaches is real. According to the American National Standards Institute, each breach can cost anywhere from $8,000 to $300,000, not including HIPAA violation civil penalties, which can be as much as $50,000 per breach, with a maximum of $1.5 million annually for repeated occurrences. But it is not just the monetary aspect that makes breaches so costly; the loss of brand value is a major threat as well.

Since 2009, more than 180,000 small breaches have been reported to the U.S. Department of Health and Human Services’ (HHS) Office for Civil Rights (OCR), compared with just 1,700 breaches involving more than 500 patients. While large scale breaches caused by hacking pose an obvious threat, smaller breaches are not to be taken lightly.

In fact, there is a heightened awareness of small breaches across the healthcare industry. The OCR launched a new initiative in August 2016 aimed at increasing the investigative and enforcement authority of its regional offices. This initiative allows regional offices to prioritize which breaches to investigate and how to allocate resources based on the size of the breach, the theft or improper disposal of unencrypted PHI, the amount, nature and sensitivity of the PHI involved, and other considerations.

According to the OCR, this initiative will help “more widely investigate the root causes of breaches affecting fewer than 500 individuals.” Regional offices will look for patterns and series of breaches in order to quell their increasing frequency.

The Risky Business of Release of Information

Another key factor driving risk involves gaps in the quality assurance (QA) processes. Research shows that approximately 30 percent of all ROI authorizations are initially invalid, and up to 10 percent of these invalid authorizations are processed with errors if ROI workflows lack redundant QA checks. Moreover, some five percent of patient data in electronic medical records (EMRs) have integrity issues, including comingled patient records. Without proper QA measures in place, 0.7 percent of records released will contain mixed patient data, which means an organization releasing 100,000 requests annually could potentially release 700 comingled records.

The increasingly complex regulations and compliance requirements for sharing PHI constitute another factor in the growing number of small breaches caused by improper disclosure. According to a 2015 Ponemon Institute survey, 40 percent of breaches are caused by unintentional employee actions, which lead to improper disclosures.

Filling the Gaps in ROI Workflow to Minimize Breach Risk

Deploying an enterprise-wide strategy for PHI disclosure management standardizes policies and procedures, as well as technologies, across a health system. Having a streamlined ROI workflow as part of that strategy helps eliminate inefficiencies, distractions and errors.

Additionally, redundant QA checks are vital for disclosure accuracy. Providing a “second set of eyes” on all authorizations and PHI before release will help reduce improper disclosures. These additional quality checks should come from a combination of trained ROI specialists and record integrity technology that uses optical character recognition to locate and correct comingled records. This combination of people and technology will drive improved accuracy and minimize breach risk.

ensure that their current policies and procedures align with the law. 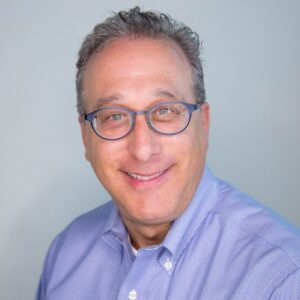 Michael Rosen brings more than 20 years of experience in founding and leading service-oriented businesses. He co-founded Background America, Inc., which was acquired by Kroll Inc. He was promoted to president of the Background Screening Division, which employed 1,000 people in seven countries. He is now the co-founder of ProviderTrust, Inc. a national healthcare compliance service that helps facilities stay in compliance. He has received numerous accolades, including the Inc. Magazine 500 Award, Nashville Chamber of Commerce Small Business of the Year award, and the Music City Future 50 Award.
PrevPreviousText to Code = Audit Defense
NextLies and RACs: How to Put a Spin on the TruthNext