Understanding the difficulties of drug importation.

As we move into the new year, one of the most talked-about topics in healthcare is also one of the most complex: rising prescription drug prices. One of the most intriguing ideas on how to tackle this problem is also, on its face, one of the simplest solutions: authorizing states to import commonly used drugs from Canada, where the government controls prices as a method of consumer protection. President Biden has signaled his support, but as with many things in healthcare, it’s not as simple as it might seem.

Just last month, Colorado became the latest state looking to get permission from the federal government to import medicine from Canada, a process that was delineated in a U.S. Department of Health and Human Services (HHS) final rule passed in 2020. Colorado’s efforts started with a bill passed back in 2019 that required the Colorado Department of Health Care Policy & Financing to develop a prescription drug importation program and attempt to get federal approval. In the process of developing this importation program, the Department analyzed current prescription drug market dynamics, including the role of pharmacy benefit managers (PBMs) and the framework of Canadian drug pricing, met with relevant stakeholders in Colorado and Canada, and worked to identify potential supply-chain partners for the importation scheme.

In their written proposal for federal approval, the Department estimated a 65-percent reduction in costs by importing prescription drugs from Canada: somewhere between $53 million and $88 million annually. It listed 112 drugs that are either high-cost or high-volume in the state, which include medicines that treat common conditions such as high blood pressure, asthma, Type 2 diabetes, and women’s health issues. The proposal described the route these drugs would take from the manufacturer to pharmacies in Colorado, including entry into the U.S. through the border crossing in Buffalo, New York, and details the testing process that would be conducted to authenticate and ensure quality of the drugs.

The results of those tests will be sent to the Food and Drug Administration (FDA) for review and approval, after which they will be distributed to contracted pharmacies for dispensing. This means that all consumers, carriers, hospitals, and doctors in the state will have access to these drugs, as long as they use specified pharmacies, which Colorado hopes will include community and mail-based pharmacies to expand access.

Despite a well-developed plan, the biggest issue facing Colorado (as well as Florida, New Hampshire, and New Mexico before it) is that no state’s application has been approved under the rule yet. The rule itself does not provide any details regarding a timeline or review process for federal approval of these applications. And while President Biden has encouraged the idea, HHS Secretary Xavier Becerra would not speak on whether any application would be approved in 2023, when recently asked. While New Hampshire’s proposal was denied for lacking a Canadian wholesaler, Florida is currently suing the Biden Administration under the Administrative Procedure Act for allegedly dragging its feet on approving their application.

Additionally, there are several potential roadblocks from other parties involved. Some Canadian stakeholders have suggested that shipping prescription drugs to the U.S. could result in more frequent drug shortages in their country. Pharmacies have expressed concerns that agreeing to participate in this importation program could negatively affect current wholesale contracts they have. Drug manufacturers would likely need to renegotiate contracts with wholesalers for this program, and many expressed no desire to do so. Many in the drug industry have expressed concerns about safety.

While many are in agreement about the concept of importing prescription drugs safely from Canada, the reality is a bit more nuanced. What is certain is that it is certainly not a magic pill to tackle rising prices in the industry, and this idea will likely be just one tool in the toolkit for states as they return to legislative sessions in the coming months. 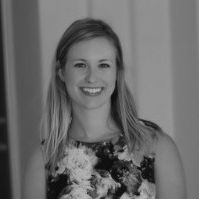