OMHA Can Eliminate the Backlog by 2020

With the recent federal court order for the Secretary of the U.S. Department of Health and Human Services (HHS) to clear up the three-year, million-case backlog at the Office of Medicare Hearings and Appeals (OMHA) by Dec. 31, 2020, some may think that’s an insurmountable hurdle.

But I know that the industrious worker bees in the trenches – especially my former colleagues in Cleveland – are up to the challenge. All they need is the proper set of tools.

The first tool needed is more buckets. While some administrative law judges (ALJs) and their teams have increased bucket capacity (output) by limiting hearing time to a total of 15 minutes, OMHA needs more people to bail out the standing water on the ship’s deck. The submitted 2016 HHS budget asked for another 119 ALJ teams, but that’s just a start. At a thousand cases a year per team, that will increase capacity to about 200,000 cases a year, enabling OMHA to close 800,000 cases by the end of 2020.

Using the requested 82 Medicare magistrate slots or the proposed attorney adjudicator slots to promote 82 staff attorneys to senior attorney positions, allowing them to screen cases and write fully favorable decisions for cases small and large, would further increase capacity. Promoting experienced existing staff attorneys would satisfy concerns expressed during last year’s Notice of Proposed Rulemaking (NPRM) comment period about attorney adjudicator qualifications. Presuming they can close a thousand cases a year, that would enable OMHA to close another 329,000 cases between now and the end of 2020.

That’s just the standing water, however; only 200 ALJ teams will not be able to handle the incoming 5,000 cases a week (260,000 a year). To keep up with the incoming appeals and resolve the existing backlogged cases, the Secretary will have to hire another 260 teams, find a way to reduce new cases, or use a combination of these options.

The plan to hire more ALJ teams and Medicare magistrates would rely upon money diverted from audits, including the Recovery Audit Contractor (RAC) program. The uncertainty resulting from the 2016 election results muddies the already unclear waters as it pertains to funding more federal employees.

Another option is connected to the fact that HHS and OMHA management already have put a lot of their eggs into the settlement basket. RACmonitor previously reported on the renewed Part A inpatient settlement. As the American Hospital Association (AHA) suggested to the court, expanding the settlement to include classes such as durable medical equipment, inpatient rehabilitation, home health, and skilled nursing services will significantly reduce the backlog.

The elephant in the room is the notion that funding to hire new teams could come from a nonrefundable filing fee, which the HHS Office of Inspector General (OIG) recommended years ago. OMHA teams are providing a business service similar to those that patent examiners at the U.S. Patent and Trademark Office provide, and businesses should be willing to pay for basic services, expedited services, and large numbers of claims (big box cases) just like patent applicants do.

A basic filing fee for up to a certain number of claims, coupled with expedited fees and fees for more claims, would not only help fund more buckets, but would make prospective appellants carefully consider whether the appealing a case is cost-effective. Extending this idea to requests for review by the Medicare Appeals Council would help hire new administrative appeals judges and reduce their incoming caseload, too.

How much should the filing fee be? The patent office charges a basic $280 sum, whereas small entities – those with fewer than 500 employees – pay $140. For each claim exceeding 20 claims, it charges $80 ($40 for small entities). OMHA ALJs and teams have specialized experience, as do patent examiners, but for the purposes of discussion, let’s consider a basic filing fee of $100 to $200 as reasonable. At the current rate of 5,000 new cases a week, a $100 basic filing fee would bring $26 million to the agency, funding some of the new teams and offices. That’s without expedited fees, charges for large numbers of claims, and fees for Centers for Medicare & Medicaid Services (CMS) contractors to file as parties. Yes, you read that right.

CMS party participation adds paper to the file, time to the hearing, and requires the ALJ to hold a hearing. What’s good for the geese should be good for the gander, whose contractors helped set this tidal wave in motion.

The record backlog will eventually wind up on the new administration’s plate. Let’s send positive thoughts their way and encourage them to comply with the court’s order by giving OMHA’s worker bees the tools they need. 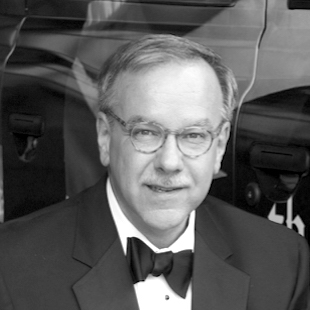 Bob Soltis is a success coach and the author of How to Handle Your Medicare Hearing. A former U.S. Navy officer, he decided 4,500 cases during eight years as an ALJ at OMHA.
PrevPreviousProvider-Based Clinics: Where Are We?
NextSally Yates is gone. Will the Yates Memo follow her?Next