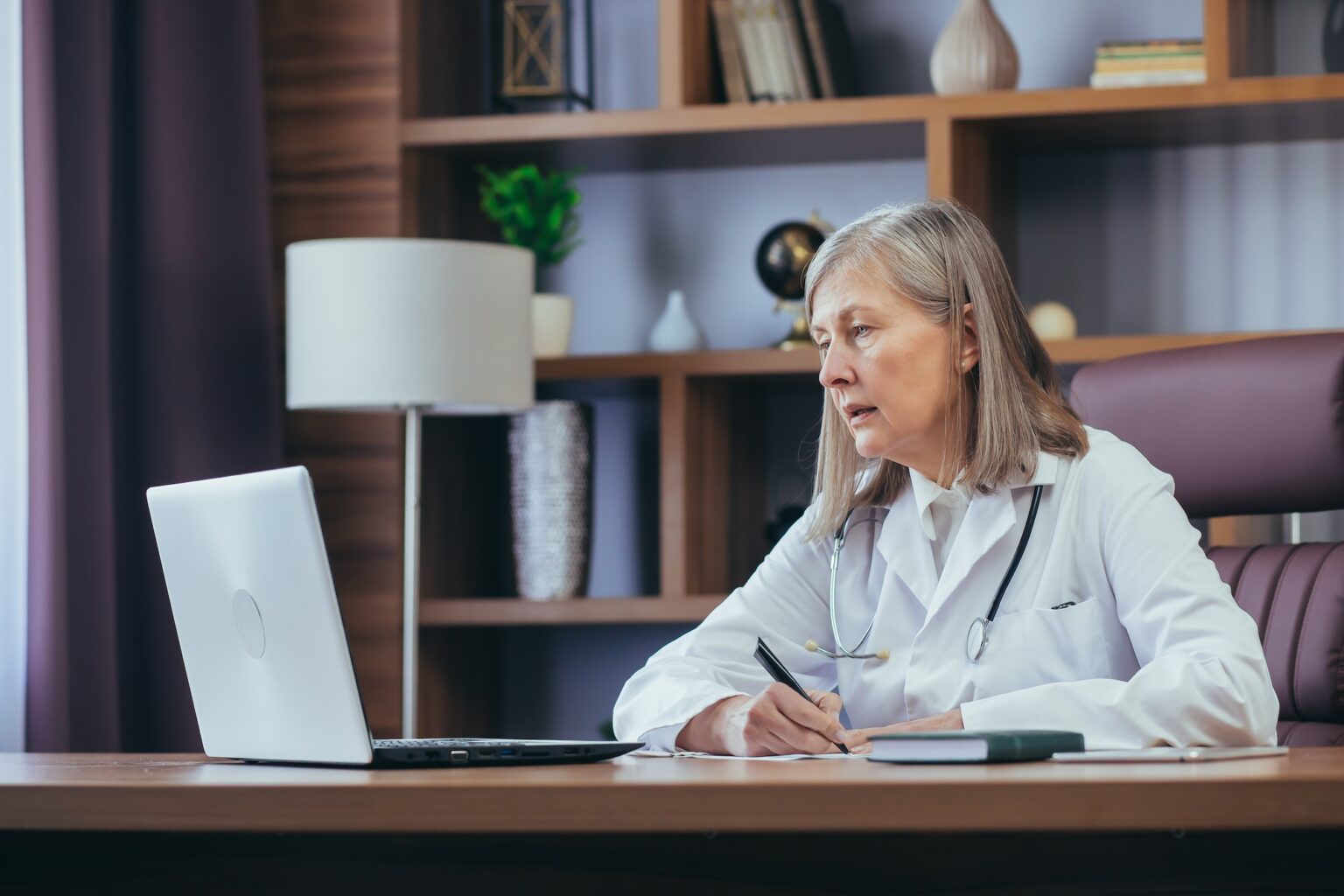 CMS is simply proposing to codify what is currently CMS policy.

There, I said it. And I extend a heartfelt apology to my fellow Monitor Monday participant David Glaser for doubting him. I am now convinced that the Two-Midnight Rule, as delineated in 42 CFR 412.3, including the two-midnight expectation, the inpatient-only list, and the case-by-case exception all apply to Medicare Advantage (MA) patients, and have since Oct. 1, 2013, when CMS-1599-F went into effect.

I will make the argument to support my position in a bit, but first I must say that I don’t blame myself for being tricked by the MA plans. They did a great job of fooling me, and probably many of you. Perhaps even all of us…except David Glaser. If only one prominent healthcare lawyer practicing in Minneapolis had the spokespeople and lobbyists that the MA plans have, things would be different today, and I would not need to write this.

But in 2017 Humana told us in a memo that the Centers for Medicare & Medicaid Services (CMS) had informed them that “the current inpatient-only list applies to traditional Medicare, but not Medicare Advantage (MA).” They even went a step further, citing several surgeries that are on the Medicare inpatient-only list that they would approve to be performed at ambulatory surgery centers (ASCs), implying that the ASC-covered procedures list also does not apply to MA plans.

In addition, on several CMS open door forum calls, as recently as Nov. 29, 2022 (transcript not yet available as of Jan. 9,) I asked if the inpatient-only list is intended to protect the health of Medicare beneficiaries, also inquiring why the MA plans are allowed to disregard that list and even allow inpatient-only surgeries at ASCs. Not only were the CMS participants unable to answer my question, but they also had an opportunity to simply state that the inpatient-only list does in fact apply to MA plans – but they did not. I took their silence as agreement with the MA plans.

I was also aware that current law requires the MA plans to provide to their enrollees all the benefits that are available to them under Medicare Parts A and B. But the Medicare Managed Care Manual also states that “MA plans need not follow original Medicare claims processing procedures. MA plans may create their own billing and payment procedures as long as providers – whether contracted or not – are paid accurately, timely, and with an audit trail.” I read that to mean that as long as the patient has access to necessary medical care, be it in the hospital or elsewhere, the admission status or location of where that care is provided, or how the MA plan pays the provider, is a contractual issue. In other words, I interpreted the rules to mean that the “benefit” is the medical care, not the setting in which it is provided, so if the patient needed to be hospitalized for treatment of an acute illness, as long as the patient received hospital care, CMS was not concerned if the patient was classified as inpatient or outpatient.

To support this contention, I am sure every reader has direct or indirect knowledge of a MA patient being hospitalized and being told by the plan that they use their own criteria or commercial criteria, commonly InterQual or MCG Care Guidelines, and the patient who would qualify for inpatient admission under the Two-Midnight Rule is not approved to be admitted as inpatient. In fact, it is said that one MA plan medical director told a physician advisor that they have the latitude to only approve observation no matter the length of stay or reason, even up to a year.

Why did I change my mind?

As the title suggests, there are several provisions related to MA plan utilization review, but the pertinent paragraph referred to the 2000 Federal Register, which adopted changes to the Medicare + Choice program (the prior term used for MA plans). In this paragraph, CMS noted that “in addition, this means that limits or conditions on payment and coverage in the Traditional Medicare program – such as who may deliver a service and in what setting a service may be provided, the criteria adopted in relevant NCDs and LCDs, and other substantive conditions – apply to set the scope of basic benefits as defined in § 422.100(c).”

In other words, since at least 2000, MA plans have been obligated to provide to their beneficiaries the same services and the same setting available to the patient if they were enrolled in Medicare A and B. That setting includes inpatient hospital admission, as outlined in Medicare regulations, and not simply “hospital care.” Throughout this section, CMS emphasizes that they are not adopting any new requirements, but rather codifying existing regulations. To ensure that this is clear, CMS is proposing to amend 42 CFR 422.101 to specify “General coverage and benefit conditions included in Traditional Medicare laws, unless superseded by laws applicable to MA plans. For example, this includes coverage criteria for inpatient admissions at 42 CFR 412.3…” And as many know, 42 CFR 412.3 is the Two-Midnight Rule.

Let me say it again: CMS is simply proposing to codify what is currently CMS policy, and has been since 2000, and are not proposing to change their policies related to access to benefits. But why is CMS acting now? Only the people at CMS know, that but it may be related to three significant factors. The April 2022 report from the CMS Office of Inspector General (OIG) on MA plan denials of services that would be covered under Medicare A and B was very critical of MA processes. The large number of appeals (over 350,000) of MA plan denials reviewed by the Qualified Independent Contractor (QIC) demonstrates the apparent frustration of beneficiaries and providers. And in July 2022, when CMS asked the public for comment about MA plan reforms, almost 4,000 comments were submitted.

For me, though, the results of the QIC appeals of inpatient admission denials was what finally led me to agree with David Glaser. In this database, in case after case of providers who were denied approval for inpatient admission and an appeal was filed, the QIC stated that “the rules say that an inpatient admission is generally appropriate when the admitting physician expects the patient to need hospital care that crosses at least two midnights. The expectation should be based on such complex medical factors as medical history, the severity of signs and symptoms, current medical needs, and medical risk. The factors must be documented in the medical record. If an unforeseen event, such as a patient’s death or transfer, results in a shorter stay, the patient may be considered to be treated as an inpatient. An inpatient admission for a surgical procedure listed by Medicare as ‘inpatient only’ is generally appropriate, regardless of the length of stay. An inpatient admission may be appropriate if the admitting physician expects a patient to require hospital care for only a limited period of time. The decision to admit as an inpatient must be based on the clinical judgment of the physician and must be supported by the medical record. You can find this rule at 42 CFR Section 412.3.”

I will note that in the past, I have disagreed with determinations by Maximus, the QIC, based on case examples that were included in OIG audits, but here is it inconceivable that the QIC would misinterpret federal regulations for hundreds of cases each year and not be called out by the MA plans.

Where does that leave us now, at the start of 2023? We know that if CMS finalizes these proposals, the applicability of the Two-Midnight Rule to MA plans will be codified as of Jan. 1, 2024. But that leaves all of 2023 for MA plans to continue to flout federal rules and continue to deny inpatient admission to patients who meet the Two-Midnight Rule. But hospitals can push back. First, submit a comment to CMS about their proposed rule supporting their proposals. You can find the rule and link to comment here. You can access the template letter prepared by the American College of Physician Advisors by clicking here.

You should also consider following the Two-Midnight Rule for all Medicare and MA patients starting now, and push back if denied. If you are contracted, though, you have agreed to abide by the appeal process outlined in your contract, which likely only permits internal appeals back to the payor. But your patient has no such obligation. They have access to appeal any unfavorable determination through Medicare. And you can represent the patient in the appeal by having them sign the CMS-1696– Appointment of Representative form.

While the patient may have no direct vested interest in seeing their hospital stay approved as inpatient, most want their hospital to be able to stay in business, and will support you in getting paid equitably. Remember, it is only with inpatient admissions of Medicare Advantage patients that the hospital is paid the Disproportionate Share Hospital money, Indirect Medical Education funds, and more directly from CMS and not the MA plan. Aside from the difference in reimbursement for an inpatient compared to outpatient stay, these additional amounts can add up to thousands of dollars per patient.

We can also continue to ask CMS to formally clarify their current stance on the applicability of the Two-Midnight Rule to MA plans. If you have any contacts at CMS, drop them an email. Ask your state hospital association to ask CMS. If they are simply codifying what is already in place, they should be willing to state that in simple terms. It would only take one CMS official stating in one of many available forums that “yes, the Two-Midnight Rule does apply to all MA plans at the current time.”

While it will be wonderful to be able to apply the Two-Midnight Rule to all Medicare beneficiaries, we still must face the confusing world of status determinations for the myriad of other payors, including commercial plans, state Medicaid plans, and the ever-increasing prevalence of Managed Medicaid. Commercial criteria will still be needed for such patients to determine their admission status, per the payor’s policy, and the use of evidence-based criteria in determining need for ongoing hospital care and post-acute care will remain invaluable.

Nonetheless, a victory is a victory, and be it in 2024 or sooner, the Two-Midnight Rule for all of Medicare is something to celebrate.

Ronald Hirsch, MD, is vice president of the Regulations and Education Group at R1 Physician Advisory Services. Dr. Hirsch’s career in medicine includes many clinical leadership roles at healthcare organizations ranging from acute-care hospitals and home health agencies to long-term care facilities and group medical practices. In addition to serving as a medical director of case management and medical necessity reviewer throughout his career, Dr. Hirsch has delivered numerous peer lectures on case management best practices and is a published author on the topic. He is a member of the Advisory Board of the American College of Physician Advisors, a member of the American Case Management Association, and a Fellow of the American College of Physicians. Dr. Hirsch is a member of the RACmonitor editorial board and is regular panelist on Monitor Mondays. The opinions expressed are those of the author and do not necessarily reflect the views, policies, or opinions of R1 RCM, Inc. or R1 Physician Advisory Services (R1 PAS).
PrevPreviousUnderstanding the Need for Physician Credentialing
NextHINN-12: A Medicare Patient Has Appealed Their Discharge. What’s Next?Next