With the resumption of CERT, a primer is provided because soon you will be receive request for records.

After a hiatus during the Public Health Emergency (PHE), Comprehensive Error Rate Testing (CERT) will resume. Soon you can expect to get a request for records. For those unfamiliar with CERT, here is a quick primer on the why it’s done, how it’s done, and implications for findings.

CERT is the Centers for Medicare & Medicaid Services (CMS) methodology for estimating how often a hospital, skilled facility, home care agency or DME provider incorrectly bills Medicare. I say estimating, because rather than doing random prepayment reviews on a large number of claims, a CERT contractor looks at a relatively small sample of medical records and compares them to how the claim was paid. A claim may be determined to have been paid – either partially or wholly – improperly or determined to have been underpaid. Money is either recouped or underpayment balances remunerated.

Any kind of paid claim can be a target: Part A paid as a DRG, claims previously denied by a Medicare Administrative Contractor (MAC), claims paid at a different DRG than billed after prepayment review or other audit, and Part B services. Basically, any paid claim. And here’s a kick in the head for all who are quick to consider “self-denial,” rebilling for Part B services provided during a Part A stay, get looked at as well, and potentially paid under a DRG.

Paid claims are evaluated on the following criteria: completeness of documentation to see if it supports the claim; to determine if documentation – assuming completeness – provides proof of medical necessity; and if the claim was properly coded. The latter is most significant, to my mind, because here is where potential underpayments are found.

One self-assessment tool is your Program for Evaluating Payment Patterns Electronic Report (PEPPER).  While the PEPPER is based on paid claims from prior years rather than current and therefore not a one-for-one model, as the name implies, PEPPER does provide historical patterns that assist in identifying problem points.

A quick PEPPER primer: PEPPER has an interesting format. A target (you) is compared to jurisdictional and national claims patterns, displayed in a table and graphic format. The results are expressed as percentiles of the national and jurisdictional ranges for many individual metrics. It is many pages long. For those metrics falling in a low percentile (“low outlier”) means you are doing too little of something and a high percentile (“high outlier”) means you are possibly doing too much, such as one day stays or three-day stays resulting in skilled nursing facility (SNF) transfer. Those kind of issues have compliance implications, but the money is found in those metrics that reflect under or over coding. Low outliers indicate possible under coding – leaving money on the table that is rightfully yours. High outliers indicate possible “over-coding” – getting paid more than was earned. All things being equal, PEPPER can translate to current practice.

During a CERT a team of professionals which include physicians, therapists, nurses and coders examine the record for errors in claims submission. If fewer than 95 percent of claims are determined to have been accurately paid sanctions can result. The most severe of these is that every Medicare claim is subjected to prepayment review by the MAC.

How can this be, you ask? CERT results of this relatively small sample are put into a statistical formula which extrapolates or projects the error rate of all claims future by the provider of services, at least for a period of time.

In recent data posted by CMS there was an overall error rate of 6.26 percent adding up to $25.03 billion.  Hospital error rates were only 2.39 percent – indicating the industry submitted accurate claims. Not surprising, DME providers had the highest error rate of 28.64 percent; it’s an industry known for fraud and abuse. But wait, that’s not all! Referral sources can, by virtue of sending referrals to problem providers, can be targets for investigation. Fraud begets fraud.

CMS has promised that audits would take into account all waivers in force during the PHE. I am not sure what that means, exactly. The documentation required for home oxygen was loosened considerably.  Medicare beneficiaries were sent straight from the ED to a SNF without the need to document that a three-day stay would have otherwise been necessary. One-day stays became more common when surges were at their worst; patients went home sicker and quicker hoping for the best. (This is no confession of causing intentional harm. Patients were dying for lack of any available care; some triage was necessary).

Revenue cycle managers sweat over CERTs. The delay in revenue under 100 percent prepayment review can be devastating. There will be no advanced balanced payments based on historical claims; claims are paid once accuracy is determined. On the other hand, it is a bittersweet moment to get extra money due to under coding. It’s cool right to the point you realize that for the past two years you avoidably left behind a lot of deserved revenue.

An ounce of prevention is worth a pound of cure. Examine historical trends identified in PEPPER and look at current denials for improvement opportunities. Some denials are deserved, others could have been avoided by investing in CDI efforts, still others by systematic coding validation. 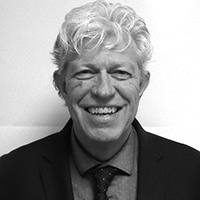 Marvin D. Mitchell, RN, BSN, MBA, is the director of case management and social work at San Gorgonio Memorial Hospital, east of Los Angeles. Building programs from the ground up has been his passion in every venue where case management is practiced. Mitchell is a member of the RACmonitor editorial board and makes frequent appearances on Monitor Mondays.
PrevPreviousNo Time for Burnout for Many
NextExperts Pile on the Case of Convicted NurseNext