Physician documentation has evolved over the last 10 years to the point that some would say it has deteriorated in the quality of its purpose. There are multiple factors driving this trend, some with more prominence than others.

In 1971, revolutionary thinker Dr. Lawrence Weed introduced the concept of the SOAP note, an acronym for subjective objective assessment plan.

Today, there definitely has been an evolution in the process, but has anything really changed since Dr. Weed’s historic presentation at Emory Medical Center 43 years ago? In my more than 25 years of clinical experience reviewing hundreds of patient charts, and through my interactions with fellow physicians during the countless educational presentations I have conducted, I have learned firsthand the true meaning of the phrase “the more things change, the more they stay the same.”

The electronic medical record (EMR) has been touted as the best thing to ever happen to improve physician documentation, yet it has the perceived reputation of being the worst thing. There are a number of reasons for this:

In addition, the habits of physicians working within the medical record also have led to their own set of frustrations as well:

The Benefits of Proper Physician Documentation

There is definitely a wide range of benefits to better physician documentation.

Though some physicians may disagree, increased quality of care is the first of these benefits that comes to mind. A 2008 Archives of Internal Medicine article indicated that “medical records for patients with NSTE ACS often lack key elements of the history and physical examination. Patients treated at hospitals with better medical records quality have significantly lower mortality … (and) the relationship between better medical charting and better medical care could lead to new ways to monitor and improve the quality of medical care.”

In addition, the article noted that patients cared for at hospitals that had better medical recordkeeping experienced lower in-hospital mortality compared to patients who did not have this experience.

Another notable benefit of improved physician documentation is increased patient safety. According to a recent study published in the September 2013 issue of the Journal of Patient Safety, between 210,000 and 440,000 patients each year who go to the hospital for care suffer some type of preventable harm that contributes to their death.

While these numbers cannot be exclusively and directly associated with errors in the medical record, they do bring up the possible problems that can result from poor documentation. A colleague of mine once commented to me that 400,000 deaths is the equivalent of 1,200 full passenger planes going down every year. If such a horrific event as this were to occur, do you think the airline industry would do nothing about it?

A third prominent benefit to note is the increase in accuracy and specificity within the medical record. Additionally, timeliness of the information recorded tends to lead to higher accuracy within documentation. In a 2010 study titled Clinical Documentation: More than a Cumbersome Chore, the authors describe the anxiety that physicians exhibit while spending time documenting when they feel their time could be better spent with the patient.

However, the study’s authors concluded that not only was documentation key when completed proactively and in real time (rather than as a retrospective chore), but technology could be used more effectively to prompt clinicians to document their notes at the point of care.

With increased proficiency in accuracy and specificity from better documentation comes a better description of services provided to the patient. Hospitals and physicians deserve credit for capturing the acuity of care to their patients. This also can lead to an increase in quality scores, which I will discuss further in the next section. The higher the quality scores, the higher the possibility of increased revenue integrity through better coding.

In times of tighter budgets and fewer resources, physicians are just as stressed as the rest of the hospital staff when facing an increased workload – i.e., tackling the problem of better documentation. One misconception that haunts us is that hospitals are forcing improvements in this area to benefit coding and help increase revenue. In fact, it’s just the opposite. Medicare actually encourages hospitals to improve their coding to support proper reimbursement, and for better reflection of the patient acuity. This improved accuracy can only increase the case mix index (CMI) over time.

As I mentioned above, better documentation can benefit both hospitals and physicians through quality scores that are now readily available in publicly recorded data such as Healthgrades. The two quality scores that are measured with coding are severity of illness (SOI) and risk of mortality (ROM). These scores range from 1 to 4, with the higher numbers reflecting greater risks.

Although some may be reluctant, it is important for physicians to take the lead in improving documentation in the medical record. We can’t kid ourselves that this will be anything but a huge undertaking, but we need to start somewhere.

As the late U.S. Army General Creighton Abrams once stated, “when eating an elephant, take one bite at a time.” 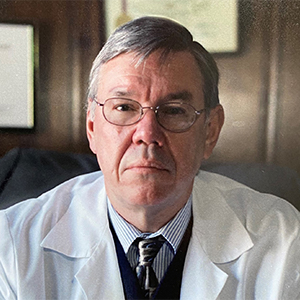