The Real Miami Vice for Medicare Fraud and Abuse

Dateline Miami: the epicenter of Medicare fraud, ground zero of Medicare crookdom. Ah, Miami: the cool blue waters of the Atlantic Ocean, the bright sidewalks of South Beach, fast cigarette boats, even faster Italian sports cars, action, drama, and no shortage of thrills mixed with Latin music, lots of style and the pastel colors of blazers, t-shirts, and sockless loafers.

Enter Kirk Ogrosky, deputy chief of the Fraud Section of the U.S. Department of Justice’s Criminal Division, donning an unconstructed baby blue Armani blazer over a silk t-shirt, white pants and sockless loafers. What federal agent or wouldn’t want to spend time catching Medicare crooks here?  Even Kim Brandt, director of the CMS Program Integrity Group, mentioned in her keynote speech that she has spent a lot of time in Miami over the past few years – clarifying, of course, that she wasn’t there working on her tan.

OK, so I exaggerated. Ogrosky did have socks on, and was appropriately dressed as a federal agent, but he did adopt a bit of that “Miami Vice” Sonny Crockett swagger when recounting the tales of the incredibly successful South Florida Medicare Strike Force at the HCCA Conference in Las Vegas. Ogrosky coordinates DOJ criminal matters with all U.S. Attorneys Offices, the FBI, and HHS-OIG, as well as local and state officials.

Ogrosky’s topic was the rollout of the Medicare Integrity Program’s Zone Program Integrity Contractors (ZPICs) and how the DOJ uses aberrations in claims data to develop leads in case development. The ZPICs will roll out into seven zones based on MAC jurisdictions: five hot spots include Florida, California, Illinois, New York and Texas (sound familiar? Think Operation Restore Trust). The hot spots align with the Program Integrity field offices, which are able to provide quick response to fraud and administrative actions.  With the ZPICs, program contractors will be able to track all benefit categories and ensure that Medicare beneficiaries are getting services that make sense.  For example, a physician’s evaluation can be matched with other services, items and tests to ensure accuracy.

Ogrosky gave an example of how they can now use backtracking on one of the DME fraud cases related to artificial limbs. Under the new ZPIC program, a contractor would have access to hospitals’ surgical records detailing amputations, physician care, and any outpatient physical therapy and home health services provided prior to an artificial limb being fabricated, customized and fitted.

Prior to the ZPICs, this information would have to be drawn from several different databases and program safeguard contractors. In the fraud busted by the South Florida Strike Force, costs of patients’ artificial limbs were billed to Medicare for cases that did not include therapy, home health or amputations to support the medical necessity of the limbs. In fact, these fraudulent DME companies billed for artificial limbs without ever fabricating one – I guess you could call that a case of “phantom limb.”

Ogrosky pointed out that there is a culture of corruption in healthcare fraud that runs in communities and spreads like wildfire. In South Florida there is really no need to smuggle drugs — that is so yesterday, not to mention highly risky and generally involving guns and thugs, which almost always guarantee a good chance of getting shot.

Those who have attempted healthcare fraud find that there has been a low entry barrier, generally no guns involved, easily replicated and highly profitable. These crooks have developed a mentality that there is a low probability of detection which leads to duplication of what are perceived to profitable fraud schemes. The most important factor for deterrence is if a criminal considers the odds of detection to be high, often during that first chance is when the claim is filed.

In her keynote speech, Brandt took the idea a step further, declaring that fraud deterrence starts with the Medicare application process: in fact, she indicated that provider enrollment will have the most significant impact in preventing and reducing fraud in the Medicare program.

Presenting with Ogrosky, Peggy Sposato, senior healthcare program analyst with the DOJ, mentioned that in the RAC demonstration project – which included Florida – not one fraud referral was received from the RAC contractor. In fact, no fraud referral was received in the entire RAC demonstration project at all. This might serve as a wake-up call for providers in the permanent RAC program. While the South Florida cases point out the extremes of criminal activity, this could at the very least put the RAC contractors on alert to suspicious activities that can be referred for investigation to the OIG, DOJ or FBI.

Now that the crooks have moved on from HIV and infusion scams as well as home health scams, they are moving along to Comprehensive Outpatient Rehab Facilities (CORFs) and Outpatient Rehab Facilities (ORFs). That seems interesting since CORFs and ORFs have been designated as Tier 4 on the CMS Survey and certification priority list (in other words, no new programs are being surveyed for participation in the Medicare program at this time).

The scammers are purchasing provider numbers of facilities that have gone out of business and simply billing Medicare for patients who are not getting therapy: of course they don’t have a clinic, but rather a door leading to nowhere as found on the site visits of the strike force to suspected fraudulent providers.

These therapy “patients” may be complicit in the scheme to defraud Medicare by selling the use of their Medicare number for a kickback fee, or the numbers may be stolen. According to Ogrosky, if the length of the suspected fraud is greater than 120 days, it probably involves the cooperation of a patient, while if the length is less than 120 days it probably is related to stolen identify.

The crooks conduct their scheme, keep under the radar to avoid detection, then steal another batch of Medicare numbers and start the process all over again.

Public perception of the fraud enforcement effort is important. According to Ogrosky, in polling of perspective jury members his organization learned the following:

The case of Tamiami Medical Center in Hialeah is well known in Florida. Justo Padron, a habitual felony offender, on behalf of Tamiami billed Medicare more than $7 million, receiving $2.4 million in Medicare reimbursement, according to the Miami Herald. When FBI agents confronted him about $355,000 in Tamiami’s bank account, Padron claimed he knew nothing, and according to Ogrosky, he walked out of the office surrendering the bank account and the $355,000 to the agents.

Ogrosky and Sposato offered some thoughtful suggestions for all providers in the form of common-sense questions:

Oh, by the way, for his work prosecuting healthcare fraud, Ogrosky was awarded the Integrity Award by HHS-OIG and the Director’s Award for Superior Performance as an Assistant U.S. Attorney. As for Padron, he got his award, too.

Five months after turning over his ill-gotten gains to federal agents, Padron was spotted by police officers trying to steal a car in the parking lot at the Miccosukee Tribe Indian Reservation Casino. The medical examiner (I’m thinking CSI: Miami here) concluded that Padron’s death came as a result of an alligator attack after he jumped into a lake while running from the cops. As for the trapper, he also got his reward: the alligator measured 9 feet, 3 inches. Now that’s a lot of shoes and belts.

Nancy Beckley is a co-founder and President of Bloomingdale Consulting Group, Inc., providing consulting services to the rehab professional.  Nancy is certified in Healthcare Compliance by the Healthcare Compliance Board, and serves on the Part A and Part B Provider Outreach Education and Advisory Panel for First Coast Services Options (Florida Medicare).  She previously served on the CMS Professional Expert Technical Panel for Comprehensive Outpatient Rehabilitation Facilities. 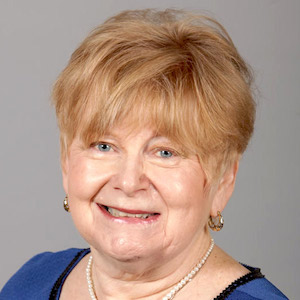 Nancy Beckley is founder and president of Nancy Beckley & Associates LLC, providing compliance planning and outsourced compliance services to rehab providers in hospitals, rehab agencies, and private practices. Nancy is certified in healthcare compliance by the Healthcare Compliance Certification Board. She is on the board of the National Association of Rehabilitation Providers and Agencies. She previously served on the CMS Professional Expert Technical Panel for Comprehensive Outpatient Rehabilitation Facilities. Nancy is a familiar voice on Monitor Mondays, where she serves as a senior national correspondent.
PrevPreviousRight now, it’s all about the money
NextDoes Your Facility Have the Experience that Your RAC Has?Next