The RACs, Hospitals, and Physician-Associated Services

With little doubt, CMS will issue further guidance on the ability of auditors to recoup payment from related providers. At this juncture, auditors may well have the ability to deny associated claims, although explicit guidance in this area is still needed. As with many compliance issues, now is the time to address this issue proactively so that two or three years down the road, appropriate actions will have been taken to mitigate the impact of any new rules.

Physicians routinely code and bill for services provided at a hospital. These can be inpatient or outpatient services, depending on the status of the patient. For years, the RACs have concentrated on medically unnecessary inpatient admissions. Today, there is an enormous backlog of appeals at the ALJ/MAC (Administrative Law Judge/Medicare Appeals Council) levels. Many of these appeals appear to pertain to this issue of inappropriate inpatient admissions. While several years will be required to sort out all of these appeals, certainly, recoupments will be sustained in certain cases.

This extended process raises questions concerning the need for physicians to adjust their billings for common, related, or crossover services. Let us consider a simple case study.

Case Study No. 1 – Hospital Self-Audit – Two months ago, an elderly patient was admitted to the hospital in the morning with a significant electrolytic imbalance. The patient presented through the ER. A strong diuretic was prescribed, but the patient failed to take the prescribed potassium supplements. The admitting physician examined the patient and determined that at least two days would be required to stabilize the patient. The patient was provided infusion therapy. On the afternoon of the next day, the patient was fully stabilized and was discharged from the hospital. However, upon reviewing this case the hospital determined that the inpatient status was inappropriate and that Part B inpatient billing will be pursued.

About the only thing left to do is to bill two outpatient visits. The level of these visits will depend primarily on the history, examination, and medical decision-making. However, the hospital, through Part B inpatient billing, is not allowed to bill for anything that is explicitly outpatient. Does this then mean that there is nothing the physician can bill? Being reasonably assured of maintaining a proper compliance stance in this type of situation is certainly not a straightforward matter!

The basic facts in this case study can be changed to analyze further scenarios. What if this case is reviewed by a RAC auditor two years later? Assume that the hospital accepts the recoupment demand and does not appeal the case; under this scenario the hospital will repay the entire amount, and there will be no recourse for refiling because of the timely filing guidelines. Where does this leave the physician? Should the physician also repay the Medicare program for the physician services? Again, timely filing guidelines would prevent any refiling for the services. In this type of case, repayment may be the only option.

There are other areas in which hospitals and physicians have concerns about crossover situations. Let us consider another case study.

Case Study No. 2 – Cardiovascular Interventional Radiology – An extensive cardiovascular interventional radiology (CVIR) program has been developed at the hospital. There are seven different physicians performing such services. Cardiac and coronary catheterization services are provided along with vascular catheterization services. The physicians are independent and perform their own coding and billing. The hospital, in concert with the physicians, has decided to perform an audit of the coding and billing in this area. Much to the surprise of everyone, the coding of the cases was found to be distinctly different for the hospital relative to the physicians in about 35 percent of the cases.

While there can be exceptional cases, basic hospital coding and physician coding should generally be the same. There can be differences in modifier utilization because physicians may need to report the professional component using the “-26” modifier on certain radiology codes.

Note that this general issue of the correlation of hospital and physician coding is not at all new.3 This concern generally arises with outpatient surgical cases of all types. This same concept can be extended to ASC (ambulatory surgical centers) as well. Because the coding in the CVIR area is quite complicated and there can be a multitude of separately billed individual services provided in an operative encounter for CVIR services, the coding correlation becomes an issue.

Will the RACs (or other auditors, for that matter) pursue this particular issue? If so, what would happen if there were differences? Consider a physician coding for two stents being placed in two different coronary arteries4 while the hospital codes two stents in the same coronary artery.

A RAC auditor could pull both the hospital outpatient claim and the physician claim for the same services on a given date of service. To some extent, this could be accomplished by having the computer processing system identify and then compare the outpatient and physician claims. Would the auditor then have to pull the documentation to determine what exactly was documented?

The bottom line is this: common or related services among physicians and hospitals at some point will be addressed explicitly by CMS. If a hospital admission is denied by a RAC auditor, should the physician who provided services also have payments recouped? Hospital-to-physician common services represent a legitimate compliance issue that should be addressed today. The rescinded Transmittal 505 gives a glimpse into what may be coming. While we currently may be experiencing a reprieve regarding related recoupments, the issue of correlated coding between physicians and hospitals has been long recognized as vital. With the advent of geographical MACs, the ability of auditors to compare claims between physicians and hospitals now can become automated to some extent. The real issue, particularly for physicians, is what types of policies and procedures should be developed and used today to mitigate any problems that may arise in the future for retrospective application.

Duane C. Abbey, Ph.D., CFP, is an educator, author and management consultant working in the healthcare field. He is President of Abbey & Abbey Consultants, Inc., which specializes in healthcare consulting and related areas. His firm is based in Ames, Iowa. Dr. Abbey earned his graduate degrees at the University of Notre Dame and Iowa State University.

2 This is very reminiscent of Transmittal 87 relative to physician clinics and the provider-based rule. 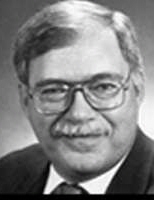 Duane C. Abbey, PhD, CFP, is an educator, author, and management consultant working in the healthcare field. He is president of Abbey & Abbey Consultants, Inc., which specializes in healthcare consulting and related areas. His firm is based in Ames, Iowa. Dr. Abbey earned his graduate degrees at the University of Notre Dame and Iowa State University. Dr. Abbey is a member of the RACmonitor editorial board and is a frequent guest on Monitor Mondays.
PrevPreviousHealthcare Compliance Requires Cooperation, Coordinated Care and Teamwork, says HHS Inspector General Levinson
NextDrawing Conclusions from the Record, Draws ContentionNext