Responding to Rejection of the One-midnight Rule

This article was written in response to the recent Centers for Medicare & Medicaid Services (CMS) rejection of a proposal for a “one-midnight rule” for Medicare admissions – a proposal I authored. The American College of Physician Advisors (ACPA) and the American Case Managers Association (ACMA) both endorsed and submitted this idea during the comment period for the 2016 Outpatient Prospective Payment System (OPPS) proposed rule (CMS-1633-P).

In brief, under the one-midnight rule, which would replace the current two-midnight rule, a hospital would admit as an inpatient any Medicare beneficiary who needed overnight care in a hospital after an evaluation in the emergency department or recovery from outpatient surgery. Patients beginning care after 4 p.m. local time (“late arrivals”) would be admitted if they still needed hospital care beyond noon the next day. It’s that simple.

This is true, but CMS’s concern that hospitals would be paid more under Part A for “low-acuity patients” does not acknowledge one of our other recommendations: that the Part A payment for short inpatient stays would be the same as Medicare currently pays for observation for the common “observation diagnoses” such as chest pain, syncope, and TIA. As a result, the incentive to admit would be no greater than the incentive to order observation, there would be no significant increased cost to the Medicare trust funds, and no DRG offset in other areas would be required. The overall cost for short inpatient stays should be about the same as the cost for patients currently treated as observation. There would be less concern for “gaming” to extend the stay because there would be little advantage in doing so – at least no more than the current incentive to order observation.

The physician could order admission for any patient he or she believed would reach the midnight (or next-day noon) benchmark, but we proposed that the admission order would not be effectuated (and the patient would remain in outpatient status) if medically necessary care didn’t reach those benchmarks and the patient was ready for discharge sooner.

Hospitals would still need to pay attention to the ED length of stay. The intent of the “extended outpatient evaluation” service we proposed (which would pay the hospital more than an ED visit for care beyond the ED prior to admission) is to replace and serve the original purpose of observation, i.e., to allow the physician additional time to continue the treatment and evaluation of the patient and to determine the need for admission or stability for release. Under the two-midnight rule, observation has become a substitute for most short inpatient stays – something that was never intended when the observation service was implemented. Observation by another name would return to its roots as an extension of the ED visit.

Adopting the one-midnight rule would greatly simplify the hospital’s utilization review process, simplify the physician’s decision-making, and save the hospital untold money it currently spends on surveillance of admissions, which could certainly be put to better use.

The physician can currently order admission up until the time of discharge, so it is unclear why CMS mentioned change in timing of admission orders as a reason to reject the proposal. Admission under a one-midnight rule, as it is under the two-midnight rule, would be contingent on the medical necessity for hospital care ordered by a physician (or other qualified practitioner). Unnecessary delays and convenience factors wouldn’t count.

The one-midnight plan further proposes that the beneficiary be protected from paying a full Part A deductible for one- or two-night stays. The deductible would be reduced to one-third for one night and two-thirds for two-night stays. CMS responded that “fractional reduction” of the Part A deductible is prohibited by statute. This is not an essential component of the one-midnight proposal, but I believe Congress might be interested in implementing a beneficiary-friendly change in this barrier to fair charges, which currently penalizes beneficiaries with short inpatient stays; the $1,288 Part A deductible is the same for one inpatient night as it is for a stay of 60 nights.

Here is a summary of the anticipated benefits of the “one-midnight” proposal. It would:

I encourage CMS to reconsider the advantages of the one-midnight rule.

Dr. Steven Meyerson is a geriatrician and consultant in Medicare compliance and case management. He has served as physician advisor and Medicare compliance educator. Dr. Meyerson received the 2014 Distinguished Achievement Award from the American College of Physician Advisors and is a member of the Board of Directors that group. 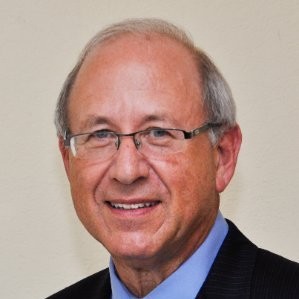 Steven Meyerson, MD, CHCQM-PHYADV, is the founder of Steven Meyerson Consulting. Dr. Meyerson is a nationally recognized expert and consultant in the physician advisor role, case management, and hospital Medicare compliance. He is board certified in internal medicine and geriatrics and serves on the board of the American College of Physician Advisors (ACPA). He edits and writes for the ACPA online blog.
PrevPreviousIndustry’s First ICD-10 Coding Summit Will Have Expanded Coverage
NextWhen the Government Wants to Skype with YouNext