RACs Collect $233.4 Million in Overpayments During Third Quarter of FY 2011

Overpayments made up 80.7 percent of the $289.3 million in payment corrections made by Recovery Audit Contractors (RACs) in the third quarter of the 2011 fiscal year, a new Centers for Medicare & Medicaid Services (CMS) report reveals.

RACs collected more than $233 million in overpayments but also returned $55.9 million in underpayments to providers during that quarter, the report indicates.

RACs continued focusing on hospitals, as three of the top four third-quarter issues related to hospital claims. But that doesn’t mean other providers should rest easy.

All providers could benefit from a gap analysis that examines claims to see whether they meet applicable national and local coverage determinations and coding and billing requirements, according to Robert Liles, attorney and managing member of Liles Parker PLLC in Washington, D.C. Providers that find gaps should work to bolster their process to improve claims before the RACs audit them.

Here is a regional breakdown based on the CMS Medicare Fee-For-Service RAC quarterly newsletter for the third quarter:

Previously, Region A’s most common issue was a coding problem in which providers improperly added the number of ventilator hours, “resulting in higher reimbursement,” a March 2011 CMS report stated.

CGI collected $33.9 million in third-quarter overpayments, compared with $9.8 million in underpayments it returned to providers during that time. In total this fiscal year, CGI has made $118.5 million in corrections.

Region B’s top issue was DRG validation of extensive operating-room procedures unrelated to principal diagnosis. CGI’s explanation was that “principal diagnosis and principal procedure codes for an inpatient claim should be related. Errors occur when providers bill an incorrect principal and/or secondary diagnosis that results in an incorrect Medicare Severity Diagnosis-Related Group assignment,” according to the CMS quarterly report. This was also reported as the top Region B issue during the previous quarter.

Connolly collected $46.9 million in overpayments while returning $7.4 million in underpayments in the third quarter of FY 2011. In total this fiscal year, Connolly has corrected $133.3 million in payments.

The most common issue in Region C is durable medical equipment, prosthetics, orthotics and supplies (DMEPOS) provided during an inpatient stay. The automated review looks for DMEPOS payments made when a beneficiary is engaged in a covered inpatient stay, a set of circumstances that would constitute an overpayment.

This also was reported as the top Region C issue in the previous quarter.

HealthDataInsights collected $112.2 million in third-quarter overpayments and returned $33.7 million in underpayments. To date this fiscal year, the RAC has corrected $242.5 million in payments.

The top issue in Region D is medical necessity review for minor surgery and other treatment billed as inpatient. Beneficiaries admitted to hospitals with the expectation that they will be there less than 24 hours “are considered outpatient for coverage purposes, regardless of the hour they presented to the hospital, whether a bed was used and whether they remained in the hospital after midnight,” according to the CMS report.

In the previous quarter, the top Region D issue was DMEPOS provided during an inpatient stay.

Going forward, Liles expects RACs to move from hospitals to other provider types, which could have trouble if they don’t have compliance programs or if the programs are not effective. “I think a lot of them are going to have problems,” he says. 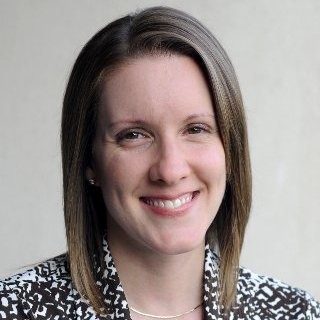 Karen Long is the compliance product manager for DecisionHealth and oversees products that relate to fraud and abuse and HIPAA compliance for physician offices and home health agencies, and accreditation compliance for hospitals. In her almost four years at DecisionHealth, Karen also has been the compliance editor and a reporter for Home Health Line, nation's leading independent authority on home healthcare business, regulation and reimbursement.
PrevPreviousPrioritization an Essential Component of Providing Healthcare for the Homeless
NextBreaking the Readmission Cycle of the Homeless: One at a TimeNext