RACs Being Educated on Referring Cases for Fraud Review. Implications for Providers: Office of Inspector General and False Claims Act

One of the open questions regarding RAC activity during the last several years has been, “will cases be referred to the OIG?”

We’ve known that the potential of fraud referrals being made was listed within the RAC scope of work, but there has been speculation as to how or even if this would be implemented.

Within the last month we have learned via the Office of Inspector General’s Recovery Audit Contractors’ Fraud Activity Report, published Feb. 9, that referrals of fraudulent billing cases from the RACs to CMS, ZPIC, U.S. Attorney offices and the OIG probably will become more frequent in the future. For those of us who have been in the healthcare compliance market for years, this is not a surprise development.

It is important to appreciate that a referral of a claim for fraud investigation to OIG or the U.S. Attorney’s office continues to be a real financial threat that must be taken seriously by all healthcare providers. A critical aspect of such activity is the False Claims Act (FCA).

The FCA is one of the Department of Justice’s (DOJ’s) chief weapons in fighting healthcare fraud. The act has been in effect since the Civil War to prosecute profiteers taking advantage of the government. The FCA was strengthened by amendments in 1986 and further enhanced by the Fraud Enforcement and Recovery Act of 2009.

Liability under the FCA occurs when the following occurs:

The intent of this article is not to turn the reader into a legal expert, but rather to remind readers that the FCA is a very real threat to providers who do not have compliant billing, documentation and coding occurring with federally paid claims. There have been some interesting comments reported to have been made by some U.S. Attorneys recently indicating that they may be pursuing false claims cases for medically unnecessary admissions identified by a Medicare Administrative Contractor after hospitals return overpayments. Yes, you are reading that correctly: if a contractor identifies overpayments and you make the payback you still may be at risk fpr further investigation.

Again, for those of us who are compliance veterans, this is not a surprise, as OIG guidance recommends that you have an active compliance program in place that performs the seven elements of compliance (please see my earlier articles), including correcting and repaying overpayments identified via your monitoring and auditing efforts. These activities need to be done in real time, without waiting for an outside agency to find a noncompliant billing or payment pattern. I am sure many readers now are saying to themselves “no way, this won’t happen, we can defend against that,” and maybe you are right, but defending these types of claims can be time-consuming and very, very expensive.

The other viewpoint is that if you have a pattern or practice of improper payments occurring and you have not fixed the problem or repaid the government, you very well could be a target for referral to the OIG for fraud analysis. If I don’t have your attention yet about the riskiness of this threat, consider the penalties associated with a successful false claims prosecution under the FCA:

Suppose hospital “A,” in comparison to other hospitals of similar size or geographic region, has an abnormal number of one-day admissions related to chest pain. It is reasonable to think that a RAC will be using data mining to identify these records for review. If the RAC determines that three out of every 10 cases should not have been admitted, it will request that repayments be made on 30 percent of the cases. If the RAC begins to communicate its audit results to CMS, OIG, etc., could a 30 percent error rate warrant a more focused review by the government?

The government is not limited to a three-year look back like the RACs are, but can review claims six years in the past. Assuming a hypothetical $4,000 repayment for a one-day denied chest pain admission with a 30 percent error rate, how could FCA fines and penalties hypothetically apply?

If the government could utilize the FCA in this case, it might apply it as follows:

An average of sixty (60) one-day chest pain admissions per month with a 30 percent error rate equals 18 cases per month being denied. For one year of billing activity, that would represent 216 denied admissions at $4,000 per case – or an $864,000 overpayment due.

With FCA penalties being applied, the one-year $864,000 overpayment could result in approximately $3.69 million in fines and penalties, not including lawyers’ fees. And remember the government can look back six years when analyzing a pattern or practice of improper payment.

I am not saying that this is going to happen, but if a pattern or practice of inaccurate billing that has not been corrected or has been ignored by a healthcare provider is in place, a case referred to the government could result in FCA-related actions.

Don’t wait for a RAC to identify your overpayments. Proactive, compliant practices require you to make proper repayments following your internal monitoring and auditing activities. These proactive activities, if done properly, should significantly reduce the threat of a government fraud investigation being conducted and any False Claims Act actions being brought against your organization.

Bret S. Bissey, MBA, FACHE, CHC, is a nationally recognized expert in healthcare compliance. He is the author of the Compliance Officer’s Handbook, published in 2006, and has presented at more than 40 regional and national industry conferences/meetings on numerous compliance topics. He has more than 25 years of diversified healthcare management, operations and compliance experience. Bret is Director, Regulatory Consulting for IMA Consulting. 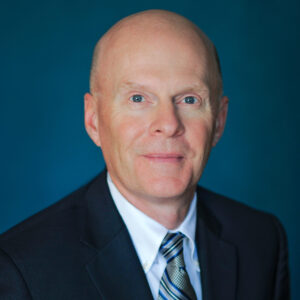 A veteran in healthcare compliance (since 1997), Bret Bissey has served as senior vice president and chief ethics compliance officer at UMDNJ in Northern New Jersey. The author of the Compliance Officer’s Handbook, he has been a thought leader and popular speaker at industry conferences and meetings for many years. Bissey has more than 30 years of diversified healthcare management, operations, consulting, and compliance experience.
PrevPreviousO’Connor Hospital Ruling: Common Sense at its Best
NextDRG Validation — Plowing New Ground: Intrusions into the Practice of MedicineNext