During the recent Office of Medicare Hearings and Appeals (OMHA) Medicare Appellant Forum held on October 29, 2014, in Washington, D.C., Chief Administrative Law Judge (ALJ) Nancy Griswold indicated that the current OMHA initiatives were moving ahead, but slowly. Judge Griswold also advised the group of 80 in-person attendees, and roughly 500 webinar attendees, that OMHA was committed to reducing the backlog and would shortly be putting out a call to the provider community for comments and suggestions to reduce the ALJ’s backlog.

OMHA is seeking suggestions and comments regarding their current initiatives (Statistical Sampling and Settlement Conference Facilitation Pilots), suggestions for additional initiatives, and suggestions for changes to the regulatory framework to streamline the adjudication process. Comments can be sent electronically or by mail, but must be received no later than 5:00 PM Eastern Standard Time on December 5, 2014. A copy of the request can be found at https://www.federalregister.gov/articles/2014/11/05/2014-26214/medicare-program-administrative-law-judge-hearing-program-for-medicare-claim-appeals. Comments can also be made through a link from this page.

The first Medicare Appellant Forum, held on February 12, 2014, provided the appellant community with an update on the status of OMHA operations and set forth information on a number of OMHA initiatives designed to mitigate the backlog in processing Medicare appeals at the Administrative Law Judge level. Staff from the Centers for Medicare and Medicaid Services (CMS) and the Departmental Appeals Board (DAB) also participated in the forum and shared information and perspective.

Following the February Medicare Appellant Forum, OMHA implemented two pilot programs to provide appellants with options they could use to address claims at the ALJ level of appeal, as well as reminding the provider community of its existing right to escalate a request for appeal to the DAB when the adjudication timeframe is not met. Additional information on the two pilots noted below can be found on OMHA’s Web site, http://www.hhs.gov/omha. Specifically, the OMHA pilots include:

In addition to outlining steps and initiatives to increase productivity and efficiency, the OMHA Medicare Appellant Forum held on October 29, 2014, provided an update on the current pilot initiatives. As of the date of that forum, no providers had engaged in the OMHA Statistical Sampling initiative. OMHA cited the narrow timeframe for eligible claims allowed under that initiative, which permitted only appeals filed between April 1, 2013, and June 30, 2013, or those currently assigned to an ALJ, for the lack of provider participation. The fact that a sample of claims would be assigned to one judge whose decisional overturn rates would determine the outcome for an entire universe of claims seemed to be another stumbling block for provider participation in the initiative. As for the Settlement Conference Facilitation, which addresses Part B claim appeals, only one provider had engaged in a settlement negotiation with CMS and that negotiation did not lead to a settlement.

Even though OMHA is asking providers to weigh in on these issues, it is still ultimately up to it to make the final call. So, for now, providers must wait and see what OMHA does with the information it receives. But make no mistake, even with the acceptance of the CMS Administrative Agreement by many providers, hundreds of thousands of ALJ appeals still exist in the pipeline and OMHA’s current workload per ALJ is admittedly not sustainable. OMHA is committed to resolving the backlog as soon as practicable, and now you have a chance to fashion what that initiative might look like. 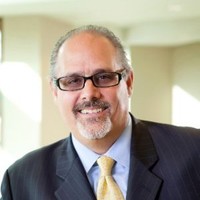 Steven Greenspan, JD, LLM, serves as the Chief Strategy Officer for Engage Health Solutions. In this role, Steven leverages his in-depth knowledge of healthcare regulatory compliance and the resulting challenges faced by providers and payors alike, to lead the enterprise strategic growth initiatives at Engage. Engage utilizes their unique RAC and national payor experience to partner with health systems to improve operational and financial performance, by addressing the vulnerabilities that remain despite costly initiatives which result in continued unnecessary audit activity and inappropriate denials. The Engage experience drives a program that not only corrects existing issues but goes beyond to prevent the problems that plague appropriate and accurate reimbursements.
PrevPreviousMACs Post Issues for IRFs: What’s Being Watched Now
NextBeyond the RACs – OIG Chief of Staff Answers Questions on Monitor MondaysNext