On March 13, the Centers for Medicare & Medicaid Services (CMS) released a proposed rule (CMS-1455-P) addressing Part B inpatient rebilling in hospitals, and the agency is seeking public comment. While comments are being collected, effective immediately, CMS has put in place Ruling CMS‐1455‐NR, which is meant to serve as an interim measure until a final rule can be adopted.

Because these rulings create immediate changes and have the potential to strongly impact your hospital, EHR has developed an in-depth analysis and compiled a list of recommendations on how to best review and understand this new information. Below are highlights from that analysis. The full client communication and copies of the rulings can be found in the EHR Compliance Library.

It is believed that CMS released the two rulings in part to address the provider community’s growing discontent with CMS billing and reimbursement policies. These policies have left many hospitals uncompensated for medically necessary care rendered to Medicare beneficiaries, unless those hospitals persevered through the appeals process to get appropriate reimbursement for the level of care provided.

Under the ruling, a Part A inpatient claim denied for medical necessity can be re-billed under Part B, subject to the time limitations discussed below. Unlike previous Medicare policy, which limited re-billing to certain “ancillary services” specified in the Medicare Benefit Policy Manual, Chapter 6, Section 10, the new ruling allows for the re-billing of a more inclusive set of Part B services that would have been payable to the hospital had the beneficiary originally been treated as an outpatient.

The ruling also expressly terminates the Part A-to-Part B Rebilling Demonstration. This demonstration allowed hospitals to re-bill for 90 percent (minus copay and deductible) of the Part B payment when a Medicare contractor denied a Part A inpatient short stay (one-to two-day) claim for being not reasonable and necessary. Contractors and affected hospitals will receive further communication from CMS regarding details of the demonstration’s termination.

Since the ruling places strict limits on adjudicators’ scope of review, hospitals will be faced with difficult decisions concerning when (if at all) to decide to forego pursuing an appeal of a Part A inpatient claim denial and instead submit a Part B claim. Whereas previously many administrative law judges (ALJs) were ordering payment of medically necessary outpatient services, sometimes including observation services, ALJ review and all adjudication regardless of appeal level now will be limited to the type of claim submitted.

The ruling became effective the date it was signed (March 13) and will remain in effect until the proposed rule, becomes final, which will occur following a 60-day comment period and possible revisions.

If the proposed rule is accepted in its current form, some of the policies established by the ruling will change. The most important of these changes are outlined below.

If CMS finalizes the proposed rule in its current form, there will be some serious implications for providers. As re-billed claims will have to be submitted within one year of the date(s) of service, providers will not have an opportunity to re-bill most of the claims denied retrospectively by the Recovery Auditors. These denials often are issued multiple years after claims originally were filed and paid. Furthermore, as the proposed rule retains the provision from the ruling that restricts ALJs, the MAC and all Medicare review contractors from considering the issue of Part B payment when reviewing a Part A claim, providers will have no means of obtaining Part B payment on these claims; their only recourse will be to pursue payment of the original Part A claim through the appeals process.

For claim denials that occur within the one-year re-billing time frame, providers will be faced with the difficult task of deciding when to pursue payment of the Part A claim through the appeals process and when to re-bill the claim under Part B. 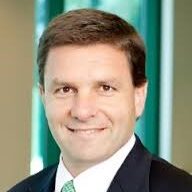