Are the Administrative Law Judges Under Siege?

Two things are very clear to providers when it comes to Medicare claims appeals: the Administrative Law Judge (ALJ) provides due process to providers in the appeals process and maintains separation of powers between government entities, namely the Centers for Medicare & Medicaid Services (CMS), to prevent abuse by auditors.

But recently, we have seen the ALJ Recovery Auditor (RA) Level III appeals falling far behind schedule and essentially failing to provide due process, because timely hearings are not occurring. The ALJ is also a focus of a November 2012 report by the Office of Inspector General (OIG) that questions why providers win 56 percent of appeals at the ALJ level when so many denials are upheld at Level I and Level II. While the OIG calls for improvements, CMS has suggested that the ALJ be eliminated, which speaks to a possible lack in dedication to due process for providers and separation of powers among government stakeholders.

So, how did we get here? The ALJ has been a part of the government and regulatory landscape for a long time. The Administrative Procedure Act (APA) created the ALJ role in 1946 to ensure fairness in administrative proceedings before federal government agencies. The Medicare Modernization Act of 2003 created an Office of Medicare Hearings and Appeals (OMHA) within the U.S. Department of Health and Human Services (HHS) to “simplify the appeals process and make it more efficient,” and the Medicare ALJ was transferred to this new office with the chief judge reporting to the Secretary of HHS. There were and still are four separate field offices staffed by 66 Medicare ALJ judges.

In the case of CMS, appeals at the ALJ level always have been available to beneficiaries and providers going through the appeal process, but this level became central to providers in the Recovery Audit Contractor (RAC) Demonstration project because of the heavy-handedness of the RAs. I do not believe CMS anticipated the appeal volume that the creation of the four RAs (soon to be five) would generate for the ALJs. As far as I can tell, no judges were added in anticipation or in reaction to the RAs.

Until recently, the ALJ had kept up with RA appeals, but we now find providers waiting 18 to 24 months for an ALJ hearing. This truly speaks to the volume of appeals, and, according to the OIG report, the ALJs are working with paper instead of electronic files. There is no standard case file including even a standard checklist of what is in the file. Each judge has a team to do all of this work and decide how the file will be put together. Missing documents or information the judge requests has to be tracked down. The OIG recommends that the ALJs move to an electronic file, but when will this happen?

At present, again, we have four RAs generating large volumes of denials and therefore increased appeal volumes, providers who continue to have difficulty in winning appeals at the first and second levels of review, and an ALJ system not designed for efficiency. Add it all up and you have a perfect storm resulting in the delays we are seeing – with no relief on the horizon.

Meanwhile, if a provider misses an appeal deadline, all appeal rights are lost. Does this constitute a lack of due process for the appellants? There is an inherent inequality to this that needs more discussion on a national level.

The next issue I would like to highlight is what the OIG’s November 2012 report referenced earlier. One of the recommendations was more involvement from CMS and their contractors in ALJ hearings. At the time of the report, only 10 percent of hearings had CMS involvement, but those hearings overturned 44 percent of prior rulings (instead of the 60 percent of those without CMS involvement). OIG also recommends that CMS become a party in ALJ hearings and not just a participant, which means they would cross-examine witnesses. By using the term “participant,” the ostensible intent is for the CMS contractors to represent CMS. Is this a case of the fox in the henhouse?

The report further recommends coordinated training for ALJ and CMS Qualified Independent Contractors (QICs) to ensure consistent interpretation of CMS rules. While on the face of things, this seems a sound recommendation, the report goes on to recommend a focus on Part A hospital appeals. This recommendation would work to reduce a provider’s ability to win appeals. That seems to be a slippery slope in terms of separation of powers. The ALJ should be as they were intended to be: independent third parties that ensure that decisions are impartial, and free from HHS influence.

Finally, will the ALJ be eliminated altogether? If so, then what? Providers cannot afford to a wait-and-see situation. Providers and their representatives need to work with associations and legislators aggressively to hold CMS and QICs to the same standards, ethics and efficiencies required of providers. Keep the ALJ, but make sure it is updated to support the new world of denials and appeals.

In closing, providers must do their part in this process, and that means developing their internal systems to get medical necessity and coding right on the front end.  Providers must assess their structure, processes and people around care management, quality and utilization management to reduce the number of errors a RA can find in order to subsequently reduce the time, work and money spent on appeals. Providers also must not hesitate to appeal when they know they are right. And finally, providers must keep the pressure on for meaningful change to the RA program. 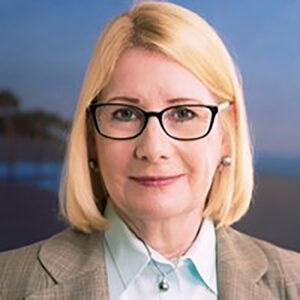