As the RAC contractors ready themselves in the bullpen for their entry into complex review of Part B claims, it is expected that physicians will receive many “blasts from the past” as part of the process. To clarify, that is to say they will be revisited by claims issues that clearly have been identified as problem areas in the past, either as part of a CERT or other type of review.

Modifier usage has been a perennial thorn in the side of both physicians and the auditing parties who love them for at least a decade. Of all CPT® modifiers, the twin beasts that are -25 and -59 have wrought a particularly destructive brand of havoc due in part to poor understanding of the modifiers’ definitions and rules for usage. It is the first of these modifiers, indicating a significant, separately identifiable E/M service performed by a physician on the same day as another procedure or service, which I would like to address in this space.

Starting from the Beginning

Let’s start from the very beginning. Appendix A of CPT does its very best to clarify when it is best to utilize this modifier. It states that “…if the patient’s condition requires a significant, separately identifiable E/M service above and beyond the other service provided or beyond the usual preoperative and postoperative care associated with the procedure that was performed,” the usage of the modifier is appropriate. But it is in the realm of “significant and separately identifiable,” and how this is documented in the medical record, where understanding of the proper usage of this modifier begins to break down.

As a first example, let’s say that an established patient is returning to your practice for a procedure that was scheduled during a previous visit. In this case, unless the patient presents with a new problem requiring a workup wholly separate from the scheduled procedure, the billing of an E/M service with a -25 modifier is not appropriate. A decision for surgery already has occurred, meaning that all E/M services on the day of (or the day prior to) the surgery are included in the surgical package. If you are a provider who routinely bills a low-level E/M service for established patients on the same date as a surgical procedure, you more than likely can expect a few ADRs from your regional RAC contractor.

One of the most frequent questions I receive regarding the -25 modifier comes from primary care providers. The query poses the following: if a primary care provider has a scheduled yearly preventive visit with an established patient they are seeing at regular intervals for chronic disease management (most often diabetes), can the management of the chronic disease be split from the preventive visit?

The main purpose of visits of this nature goes back to the scheduling of the encounter. If the patient is coming in for a preventive visit, then the appropriate preventive CPT code, based on age, will be the reported component. Because of the comprehensive nature of a preventive visit, which by CPT definition should include “an age- and gender-appropriate history and examination,” it certainly would be surprising if the documentation for a significant and separately identifiable visit can be dictated and clearly recognized in the patient’s medical record.

One exception to this rule would be what I like to refer to as the “doorknob patient.” Consider a case in which the provider completes a scheduled preventive visit, and believes the visit to be over, when the patient suddenly adds “oh, doctor, while I’m here…..” The patient then details a condition that was not mentioned during the course of the preventive visit. If the provider documents a separate history, exam and medical decision-making process for the patient’s new problem, it would be appropriate to bill an additional E/M service with the -25 modifier. In these cases, breaking out the examination component is going to be a difficult task if an expected full-system exam has been undertaken during the course of the preventive visit.

Remember that for an established patient visit to be reported for billing, only two of the three key components are necessary to determine level of service. Keeping this in mind also will help in the selection of the level of service for the additional E/M code. These rules also would apply to a patient who reports to the physician’s office for a scheduled preventive visit with a previously undocumented illness. Acceptable documentation should include separate history and medical decision-making for the new illness in order to be billed as an additional service.

Automated RAC reviews of Part B claims already have established a trend toward the identification of erroneously billed E/M codes in the global period of surgical procedures. I fully expect the RACs to expand this focus to include modified E/M services when complex review of Part B claims commences in earnest. 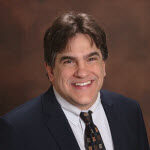 J. Paul Spencer is a senior healthcare consultant for DoctorsManagement. Is the national correspondent for Monitor Mondays, the live Internet radio broadcast produced by RACmonitor.
PrevPreviousAvoiding RAC Denials Due to Inappropriateness of Setting
NextDealing with Unanticipated Consequences: Challenges of the EMR While Avoiding TakebacksNext