No time to rest! We face unprecedented changes, transitions, and opportunities in the world of rural healthcare, ranging from a new administration to new healthcare focuses regarding the Patient Protection and Affordable Care Act (PPACA).

While President Obama worked hard to bolster legacy support of his noble cause, the flagship legislation that is the PPACA, Republicans, who now control two of three branches of the federal government, are feverishly fleshing out the obstacles and opportunities to repeal and replace certain elements of it.

While the estimated budgetary effects of fully repealing the PPACA range wildly, many surveys have been circulated to take the pulse of consumers: 67 percent of respondents in one recent survey said that lowering the amount individuals pay for healthcare was a top priority. Only 37 percent said repealing the PPACA was a top priority, and according to the Kaiser Foundation, 75 percent of Americans don’t want Obamacare repealed without an alternative being put in place.

For rural America, a population estimated at more than 62 million the PPACA repeal risks include the following:

Threaded within the PPACA is also the 340B drug program that has designated 1,100 rural facilities for enhanced access to critical medications at a greatly reduced cost, or, in some cases no cost, for the neediest of patients requiring specialty care services. This program has represented an immense savings for patients and struggling healthcare providers. Drug companies supply providers with discounted medications, passed along to patients unable to afford expensive drugs, while making drugs available in community emergency departments and for labor/delivery. Additionally,  the 340 B drug program has helped treat outpatients who qualified for Medicaid. It is imperative that everyone understand that 340B is not taxpayer-funded. The program is paid for by drug companies that can well afford it, particularly as medicine prices continue to skyrocket.

A passionate note to Congress, especially Republicans considering repealing the PPACA: it is essential that any changes in the healthcare law do not eliminate rural hospital eligibility in the 340B program. The savings from this program are imperative to ensuring that rural critical access hospitals are able to meet the access and delivery demands of their communities and patients in a very uncertain future.

Next up for discussion is the PPACA replacement plan called the “The American Health Care Reform Act of 2017.” This 184-page bill, introduced Wednesday, Jan. 4, contains some features that would increase access to health savings accounts, expand federal support for states to establish high-risk pools, and allow insurers to sell health plans across state lines. It also aims to create or concentrate on a more equitable playing field between those individuals who obtain their insurance from employers and those who purchase it individually by creating a standard tax deduction for health insurance.

In one recent consumer and healthcare survey, 52-86 percent of respondents have stated that a PPACA repeal should not proceed without a replacement that provides affordable health insurance for all Americans who lack employer-based coverage.

Finally, without cost controls the Republican plan cannot likely work as proposed since it still allows ACA insurers and drug companies to charge what they want.  Dating back to Richard Nixon’s 1974 Health Care Reform Plan cost controls offered a more measured response and equity in healthcare.

Rural has faced death by 1,000 cuts, literally, in the last several years. Even with the PPACA, rural areas experienced hospital closings and great disparities, but it can’t afford to be decimated – it needs a rural revival!

The future unknowns will continue to be revealed and debated across political aisles and the dinner table. 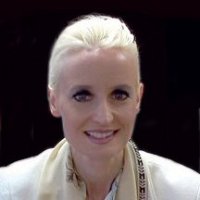 Janelle Ali-Dinar, PhD is a rural healthcare expert and advocate with more than 15 years of healthcare executive experience in many key areas addressing critical access hospitals (CAHs), rural health clinics (RHCs), physicians, and patients. Dr. Ali-Dinar is a sought-after speaker on Capitol Hill. A former hospital CEO and regional rural strategy executive, Janelle is also a past National Rural Health Association rural fellow, Rural Congress member, and Nebraska Rural Health Association president. She is currently the Nebraska DHHS chair of The Office of Minority Health Statewide Council, addressing needs of rural, public, minority, tribal, and refugee health, and she serves on the Regional Health Equity Region VII council as co-chair of Rural Health and Partnerships. Janelle holds a master’s degree and doctorate in communications and is a recent graduate in public health leadership. Janelle is currently the vice president of rural health for MyGenetx and is a member of the RACmonitor editorial board.
PrevPreviousCyberattacks on Hospitals: How Ransomware and Bitcoin Threaten America’s Health Providers
NextDOJ Announces FY 2016 False Claims Act Recoveries – Impact for Compliance ProgramsNext